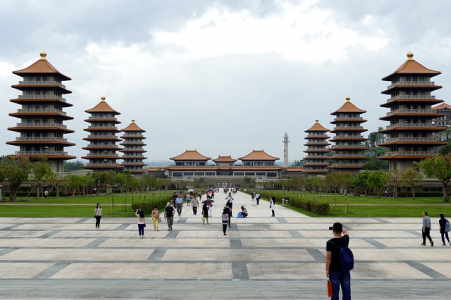 They do foreign-currency banking transactions primarily with foreign banks, non-residents, other offshore banks and corporate and institutional clients.

They can lend to resident importers and exporters as long as the funds are remitted from abroad through the banking system.

They can open peso deposit accounts with domestic banks but only for meeting administrative and operating expenses and for paying the local beneficiaries or recipients of non-resident-company remittances coursed through the offshore banks’ correspondent banks abroad.

As of July 2019, there were two offshore banks in the Philippines.
Today, August 2, 2020, there’s only one offshore bank: Taiwan Cooperative Bank

Taiwan Cooperative Bank (TCB) is Taiwan’s 3rd biggest bank, with 294 domestic and overseas branches as of December 2019. In The Banker magazine’s ranking of global banking brands in 2020, TCB ranked 258th in the world.

The offshore banking unit that ceased operations in 2019 was the French international bank BNP Paribas. Its closure was noted by the BSP in its Circular Letter No. 2019-062, signed August 20, 2019. According to BNP Paribas, it started operating in the Philippines in 1975.

There was also another offshore bank that ceased operations in 2018:
J.P. Morgan International Finance, Ltd. stopped its operations as an offshore banking unit in the Philippines on February 22, 2018, as noted by the BSP in a circular letter in 2018.