Here’s an alphabetical list of savings banks in the Philippines

authorized and supervised by the Bangko Sentral ng Pilipinas, as of December 2019, based on data published on the BSP website.  Included are the locations of their Headquarters.
As of Dec 2019, there are 47 savings bank in all. 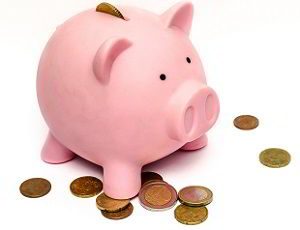 See the latest ranking –>> Top Thrift Banks in the Philippines, as of the latest quarterly financial report.

What Happened to Thrift Banks No Longer in Bank Lists?

PNB Savings Bank was acquired by its parent company, PNB, after the BSP approved the merger in August 2020. Merger proceedings started in September 2018.

RCBC Savings Bank was consolidated into its parent company, RCBC, in July 2019.

Palawan Bank was closed down by the BSP in May 2019.

Malasiqui Progressive Savings (Pangasinan) was closed down on August 16, 2018.

Maximum Savings Bank (MaxBank) was closed down by the BSP in November 2019.

Philippine Postal Savings Bank, Inc. was formally renamed Overseas Filipino Bank, A Savings Bank of Landbank on January 18, 2018, a few months after the Philippine Postal Corp., owner of Postbank, and the Bureau of Treasury, were ordered by President Duterte, through Executive Order No. 44., issued in September 2017, to transfer all their shares to Landbank at zero value. The chairperson of Landbank will serve as head of the 9-member board of directors of OFBank.

Dungganon Bank converted into a microfinance-oriented rural bank in October 2016.

mBank Philippines voluntarily surrendered its banking license to the BSP, which approved the surrender on July 14, 2016.

Sampaguita Savings Bank was closed down by the BSP on October 13, 2016.

AllBank (A Thrift Bank), Inc. is the new name of Optimum Development Bank, Inc. Name change was approved by the BSP on July 7, 2017.

Progress Savings and Loan Bank surrendered its banking license to the BSP, which approved the cancellation on March 3, 2016.

The banking license of Bataan Savings and Loan Bank was deemed revoked after all its assets and liabilities were acquired by Philippine Business Bank on October 16, 2017.

Opportunity Kauswagan Bank, Inc. (A Microfinance Thrift Bank) converted into a rural bank on August 30, 2016. The bank started to operate as a rural bank on October 17, 2016.

–  BDO Elite Savings Bank surrendered its banking and trust licenses to the BSP and got approval on 20 August 2015. It was consolidated into BDO Capital and Investment Corp. in July 2016.
–  BDO Savings Bank, formerly Citibank Savings, was consolidated into BDO Capital and Investment Corp., together with BDO Elite Savings Bank, in July 2016.
–  United Overseas Bank started operating as a commercial bank and as a bank branch of Singapore-based bank United Overseas Bank Ltd.
– Tong Yang Savings Bank was acquired in July 2015 by Taiwanese bank Yuanta Commercial Bank Co. Ltd., the fifth foreign bank allowed to operate in the country, under the new bank liberalization law. Tong Yang was previously Orion Savings Bank.
Tongyang was acquired from Yuanta Securities Korea Co., Ltd., a subsidiary of Yuanta Securities whose parent company is Taiwan-based Yuanta Financial Holdings.
– PNB Savings Bank is now the name of Allied Savings Bank. Allied was renamed after PNB merged with its subsidiary Allied Bank Corp.
– Robinsons Savings Bank Corporation became a commercial bank called Robinsons Bank Corp. in February 2010, following its purchase of the Royal Bank of Scotland NV’s shares in the Royal Bank of Scotland (Philippines) Inc.
– Liberty Savings Bank, located in Bulacan, which was previously 47th in assets as of December 2011, changed to a rural bank named Liberty Bank, A Rural Bank in April 2012.
– Premiere Development Bank, 19th in assets as of March 2012, was acquired by Security Bank and renamed Security Bank Savings.  The acquisition was announced online in June 2011.

– LBC Development Bank, based in Makati City, was closed in September 2011. It had 19 branches.

– Banco Filipino Savings Bank finally shut down on March 15, 2011. It was closed over the period from 1985 to 1992. It had 62 branches, 32 in Metro Manila and 30 in the provinces.
– Penafrancia Savings and Loan Association, based in Camarines Sur, was closed in July 2010. It had one branch in Cavite.

See Bank Lists and Rankings in the Philippines, from 2010 to 2020
Tweet Pin It